Why Sleep Apnea Treatment Is Important 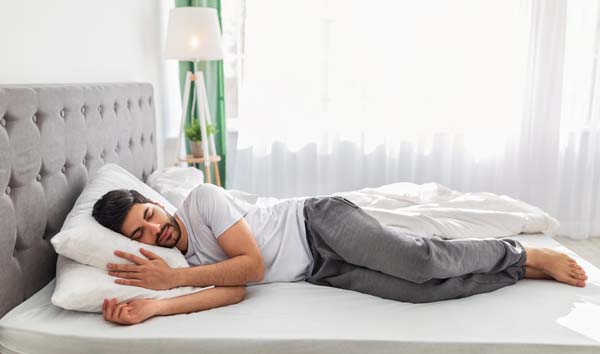 Snoring is not the only sign of sleep apnea. It is a significant sleep condition that may have a negative impact on your health and quality of life in a short amount of time. Aside from feeling tired and drowsy throughout the day, untreated sleep apnea makes you vulnerable to different major health problems, including cardiovascular issues, diabetes, depression, and stroke.

The need for treatment

Undergoing treatment for sleeping-disordered breathing may be beneficial to one’s overall health. Adequate sleep — seven to nine hours each night — is critical for good health, and sleep apnea may inhibit restful sleep.

Sleep apnea and other sleep-disordered breathing are usually signaled by momentary cessation of breathing, followed by a short awakening before resuming breathing. Due to the reduced oxygen levels in the body, the person may feel tired throughout the day.

Sleep apnea affects millions of people in the United States. It affects a wide variety of individuals, with postmenopausal people being particularly underdiagnosed. Patients who have been told that they snore, feel drowsy throughout the day, and have difficulties focusing or remembering things should speak to the dental professional about a sleep disorder. Benefits of getting treatment for sleep apnea include the following.

Sleep apnea causes breathing cessation up to 90 times every hour. The body wakes up a bit with each stop before restarting breathing, preventing the person from receiving enough deep sleep to feel rejuvenated the following day. If the body can breathe freely, the person can expect to feel more rested and have more energy throughout the day.

According to the Wisconsin Sleep Cohort study (WSC), the risk of hypertension was roughly three times higher in individuals who had many sleep disruptions than those who did not have any. Stroke risk was 4.5 times higher in those who had significant sleep disturbances.

The risk of developing diabetes is higher in those who have sleep apnea. In a review of many trials published in the Annals of the American Thoracic Society, researchers discovered that sleep apnea treatment increased insulin resistance in people who did not have diabetes. Diabetes patients with untreated sleep apnea had worse blood sugar management.

Obstructive sleep apnea was linked to a greater risk of cancer in a cohort study published in the American Journal of Respiratory and Critical Care Medicine. Colorectal, prostate, lung, and breast cancers were the most-often-diagnosed malignancies. Men and people under the age of 65 were among those who were most impacted.

One of the most common symptoms of sleep apnea is constant daytime exhaustion. Due to a lack of sleep, many feel that they cannot keep their eyes open for long periods. When the airways are blocked due to sleep apnea, the body has to exert itself to get air flowing again, which disrupts sleep cycles.

Disruption to the circadian rhythm or sleep cycles means the body cannot get the restorative sleep that it needs for mental and physical recovery. A few weeks after starting sleep apnea treatment, some patients report an instant rise in their energy levels, while others see a significant improvement over time.

Constantly waking up with a headache might be one of the most distressing signs of sleep apnea, and it is due to oxygen deficiency in blood circulation. Circulation improves when blood vessels widen in response to oxygen supply. In the absence of enough oxygen, carbon dioxide is recirculated, leading to inflammation and other symptoms. Patients may find themselves in a cycle of agony, waking up every morning or in the middle of the night with migraines.

Hypoxia, or oxygen deprivation due to sleep apnea, directly impacts glucose metabolism. However, evidence from the World Journal of Diabetes shows that sleep apnea treatment may enhance glucose homeostasis by decreasing glucose resistance and better regulating the metabolic process. Sleep apnea treatment has also been shown to improve the management of type 2 diabetes.

Fortunately, sleep apnea can be treated, and patients now have more alternatives than ever before. The professionals at the general dentistry office would be delighted to assist you in discovering the importance of sleep apnea treatment.

Check out what others are saying about our dental services on Yelp: Do I Have Sleep Apnea in Red Bluff, CA.

How Does Sleep Apnea Affect The Body?

Sleep apnea is a disorder in which your breathing stops and starts periodically throughout sleep. When this occurs, your body awakens you and tells you to start breathing again. Repeated sleep disturbances make it harder to sleep properly, and you will be especially fatigued throughout the day.Sleep apnea affects you beyond daytime fatigue. Without treatment,…

Why You Should Not Ignore Your Sleep Apnea

If you have sleep apnea, it might at first seem like more of a nuisance for your partner than for you, especially if your primary symptom is snoring. Is it a good idea to find a solution that merely minimizes the effects on your sleeping partner — such as noise-canceling earbuds to mask the sound…

What Is A Dental Bone Graft?

How Long Does It Take To Get Dental Implants

Getting dental implants is a lengthy process that yields desirable results. By replacing both the root and exterior of a missing tooth, this solution restores function, enhances appearance, and preserves the jawbone and gum tissue. Before selecting this treatment option, patients should understand the progression of appointments leading to getting implants and the factors that… 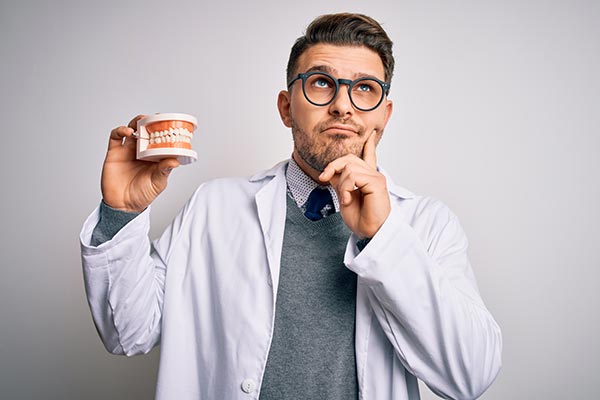 How Long Does It Take To Get Dental Implants

Getting dental implants is a lengthy process that yields desirable results. By replacing both the root and exterior of a missing tooth, this solution restores function, enhances appearance, and preserves the jawbone and gum tissue. Before selecting this treatment option, patients should understand the progression of appointments leading to getting implants and the factors that… 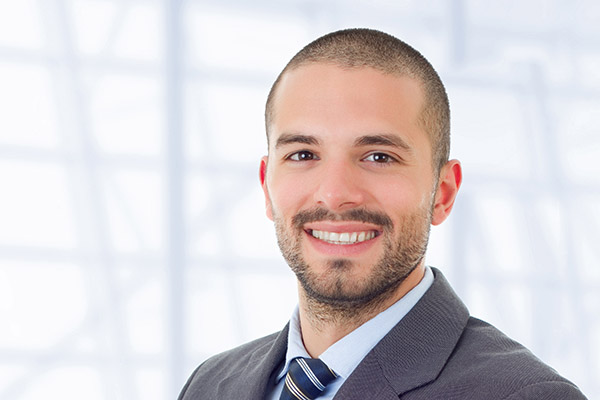 Dental implants offer individuals the opportunity to regain a fully functioning set of teeth. The aftercare procedures are imperative to ensure the surgical area heals and implant osseointegration occurs. Osseointegration is the process by which the bone in the jaw fuses with the implant posts. This creates the solid foundation needed to support the apparatus.…